I have taken many modes of transportation here in India and they are all a challenge in some way. I think that I mentioned in an earlier post that the driving is harrowing and I find myself wondering, how are there not more accidents?

Two people in my group got clipped by motorcycles while walking on the street. Last night on a very crowded street, a cow backed into me. There are free roaming cows on every street in India including highways. All types of motorized vehicles just plow ahead, beep their horn and expect others to get out of the way. They are incredibly skilled at not hitting other vehicles, people, and cows. In the US when someone is crossing cars will stop but cars seem to have the “right of way” here. Also, cars seem to drive within millimeters if each other. 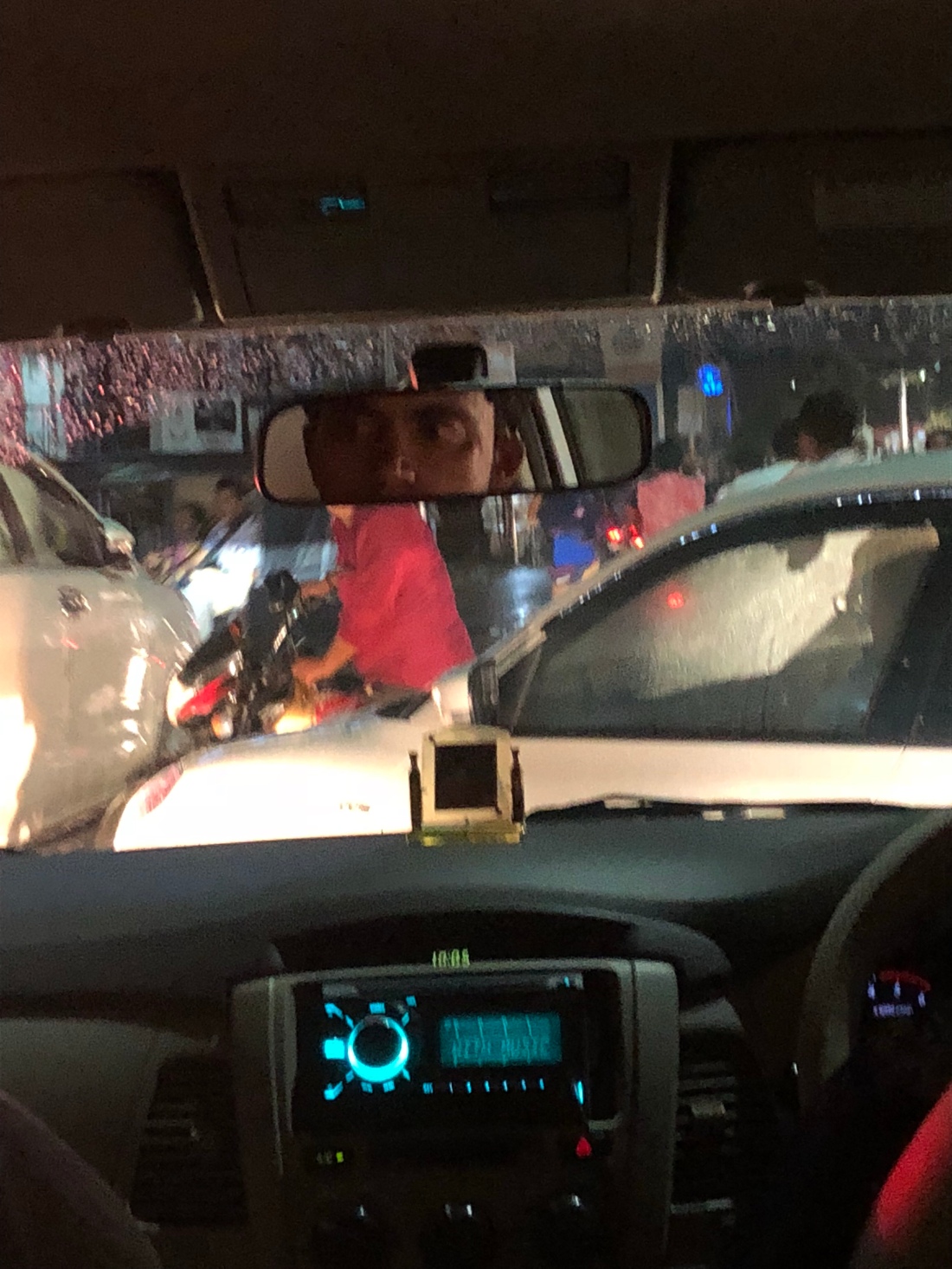 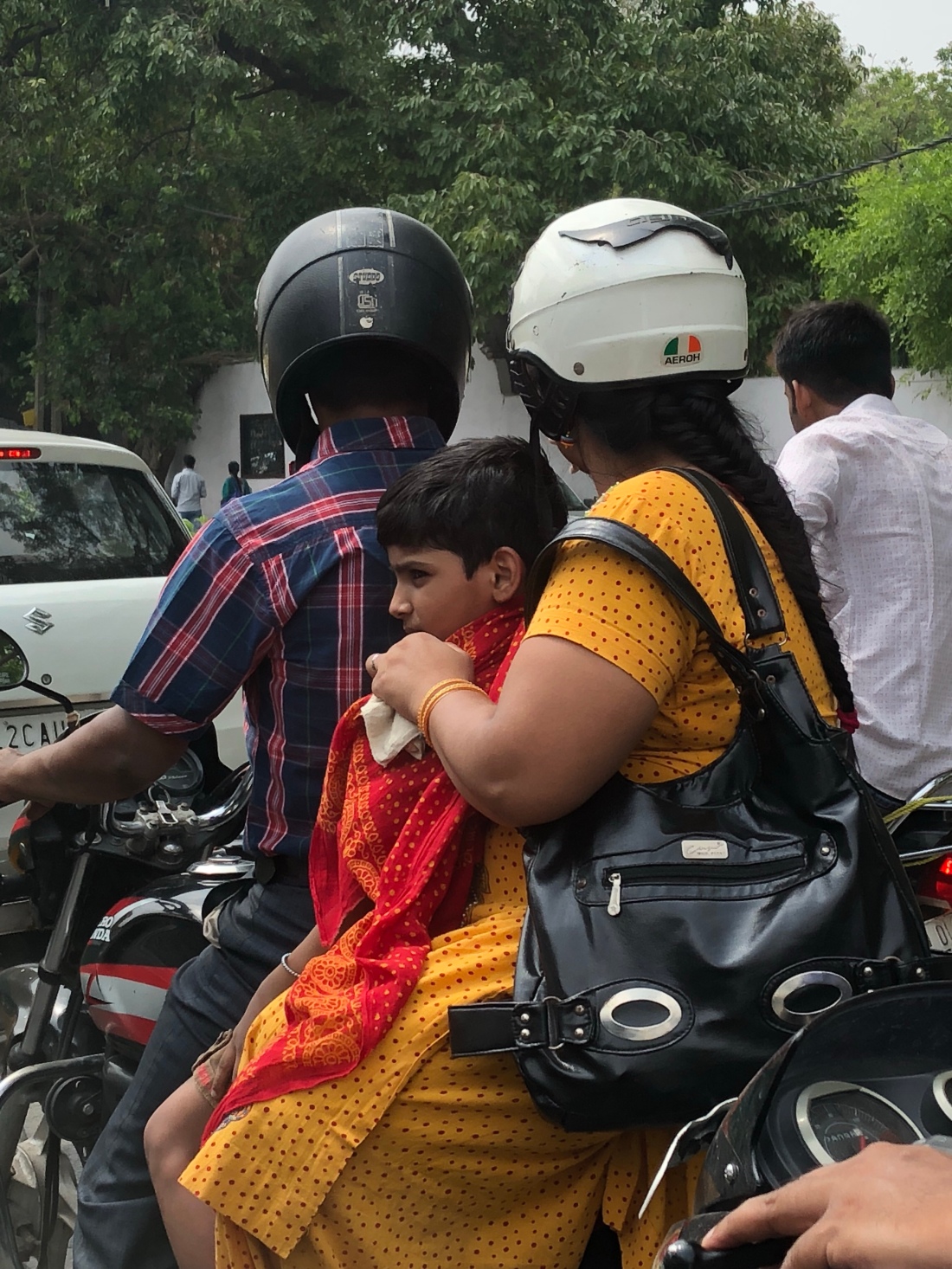 I have seen whole families on one motorcycle. Two kids, a mom and a dad! In this picture above, the mom has a helmet, and the dad does too, but more commonly I saw only the driver with a helmet and kids and women often do not have them on. Helmets are an expense though and maybe some can’t afford it?

I have not traveled on a public bus, but they are crazy crowded!

We took a “bullet train” from Delhi to Amritsar. The best thing about it was the scenes I saw along the way out the window. I had been staying in the city so it was nice to see the countryside. It was mostly farmland/ agriculture and some smaller urban settings. The crops I recognized were rice and corn. There was also a lot of trash and poverty that I saw. 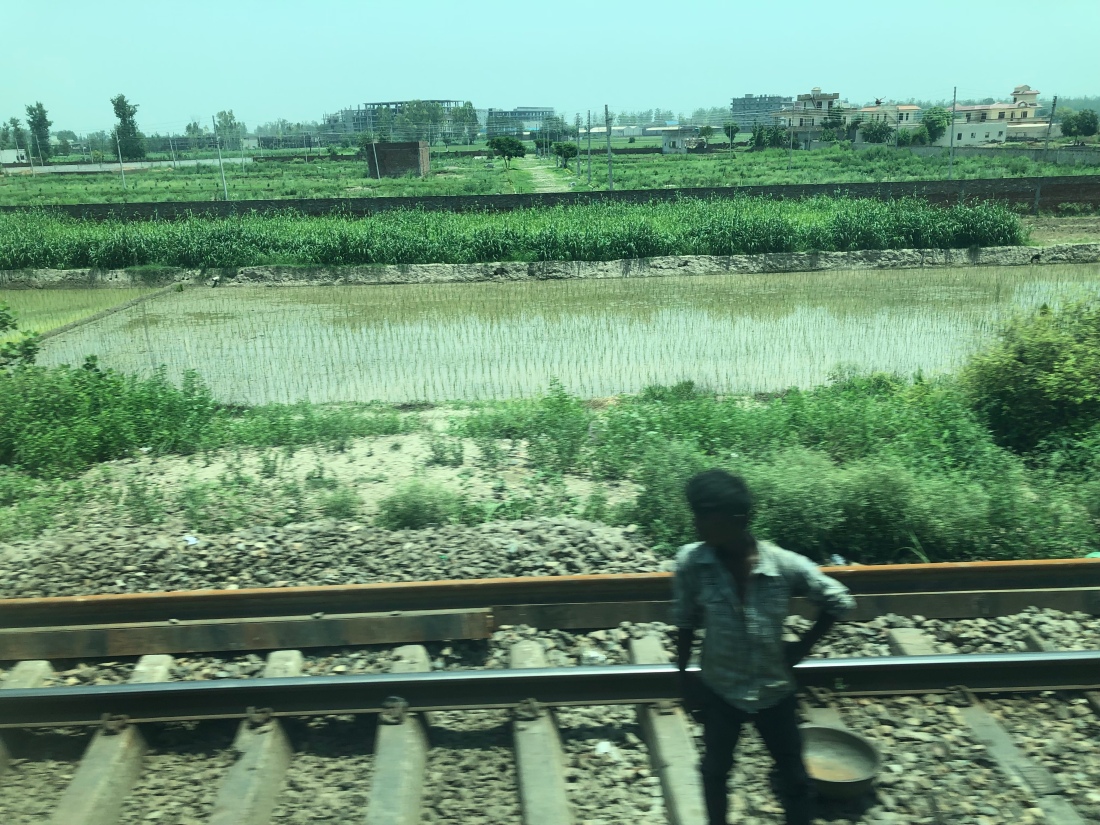 The most challenging thing about the train was the bathrooms. They are Indian Style or “squat toilets” and the hole goes right through the train tracks. The idea of waste going out into the open is bothersome to me and an example of culture shock for me.