On the last day in Amritsar we went into town and first visited Jallianwala Bagh. This is the site of a massacre of over 300 Indians by The British Army on April 13, 1919. Over 1,000 were injured. People were not only killed by bullets but by being caught in the stampede and jumping into a well for cover and drowning. It was the festival of “Baisakhi” which is a harvest festival in the spring. People were gathering peacefully in the garden (“bagh” means garden) to celebrate the festival and some to talk about the Indian Independence Movement and protesting the Rowlatt Acts, a series of British laws. This garden had walled sides with one narrow entrance so when the British troops came in there was no way for the people to run or escape. Many jumped into a well in the garden for cover and died there. Today the well is covered as a memorial to those who died. 120 bodies were pulled from the well. 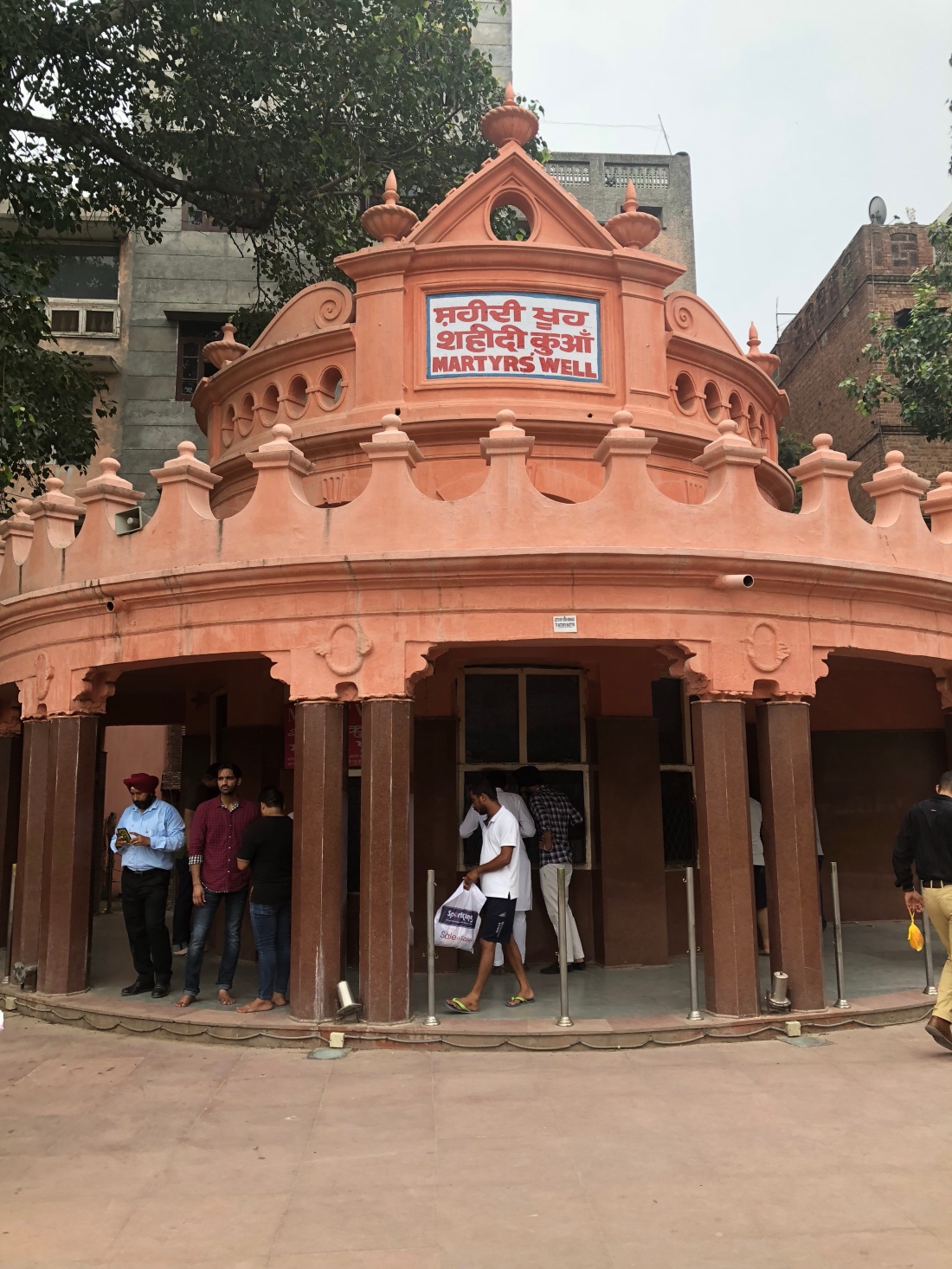 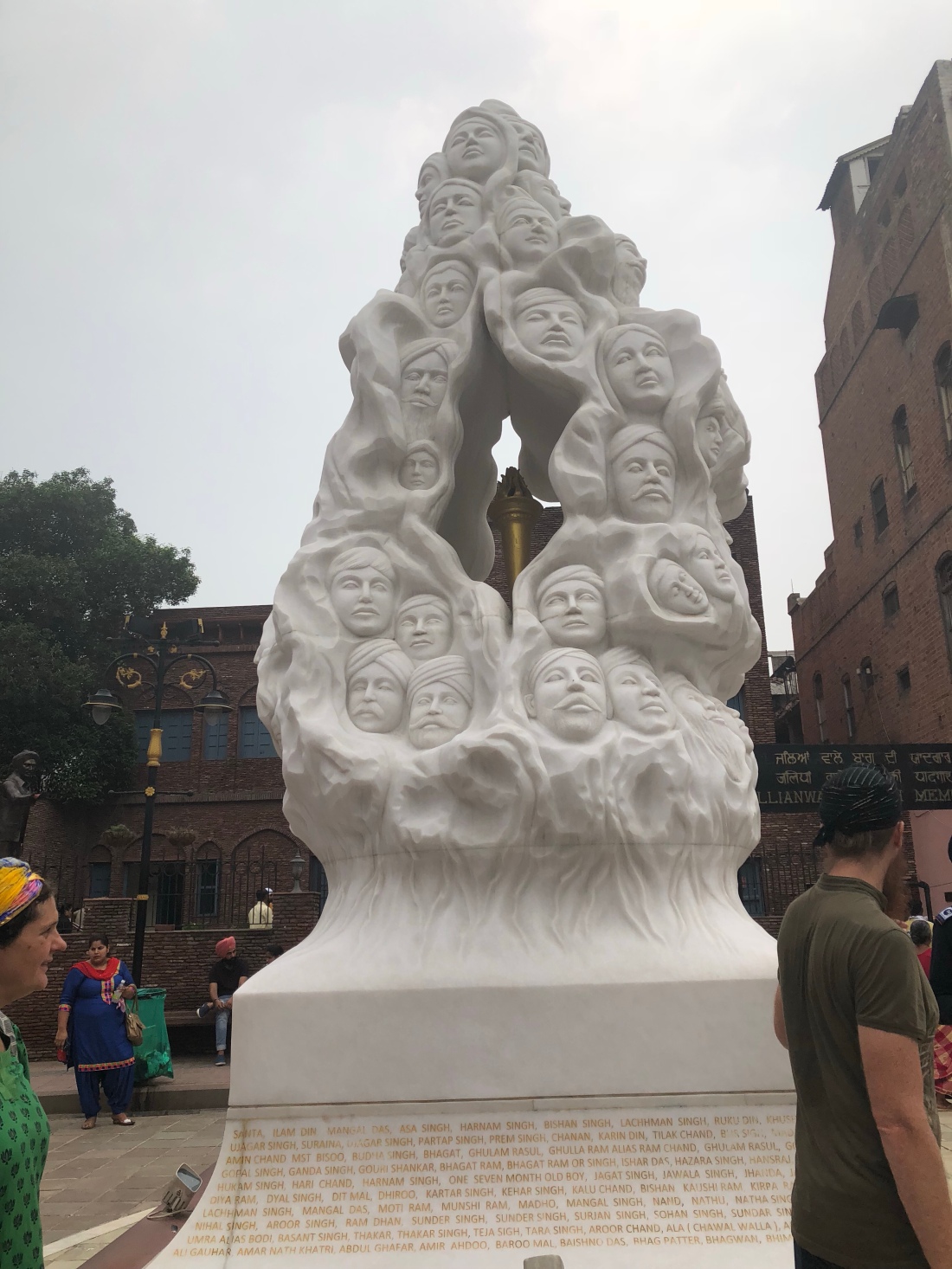 Monument to the people who died outside the garden. 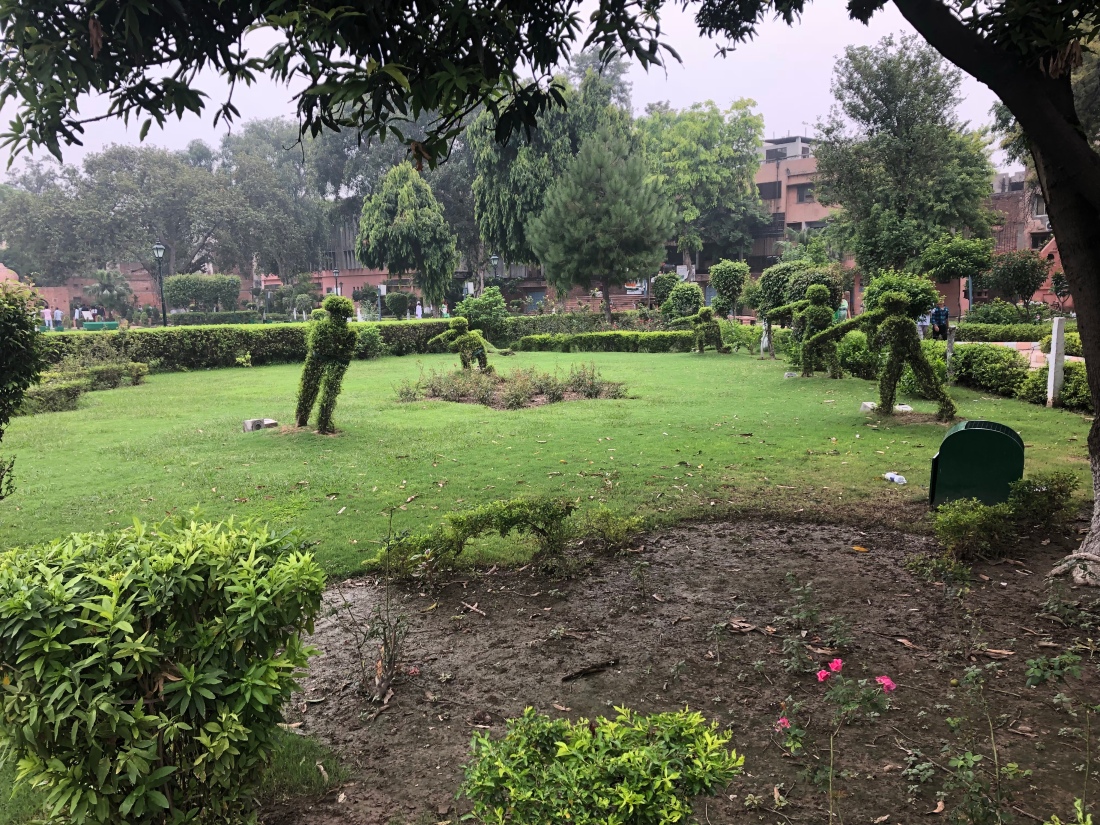 Jallianwala Bagh is a very sad place of remembrance. The 100 year anniversary of the event will be next year.

After Jallianwala Bagh, we went to the Golden Temple in the daytime (previously I had been there at night). It was a faster trip through the complex and into the golden temple itself to see the Guru Granth Sahib (holy book worshipped by Sikhs). There are no photos allowed in the Gurdwara , so I could not get a picture inside. Once again there were long lines of people waiting to get in. I saw one woman collapse presumably because of heat exhaustion. 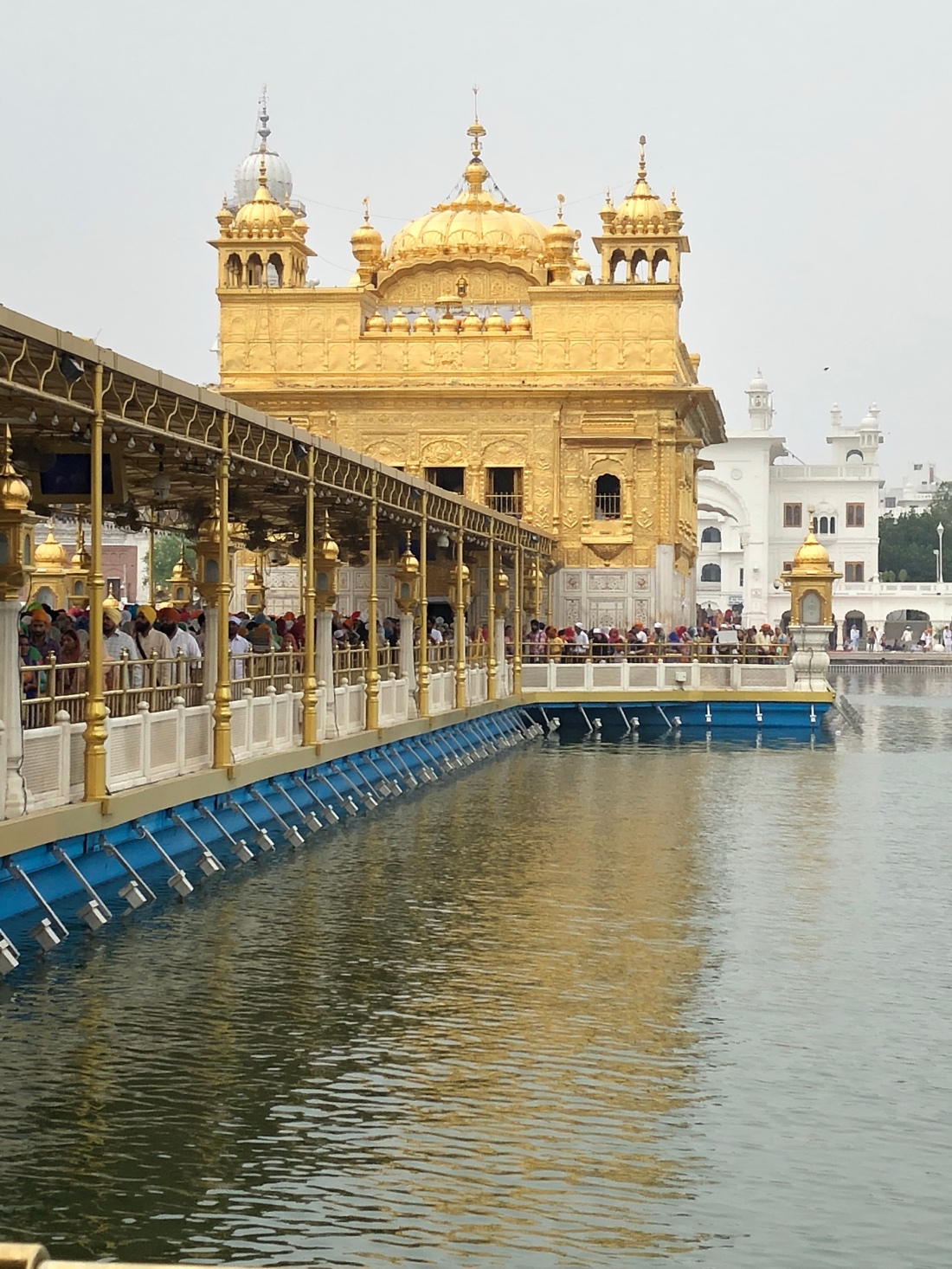 Following the attack, the prime minister of India, Indira Gandhi was assassinated by two Sikh bodyguards. Sadly there were anti-Sikh campaigns afterwards in which many innocent Sikhs were attacked and killed. It was a turbulent time politically for India.

In Amritsar I also got to go to McDonalds. The fries were very good and tasted like they do in the US. The fries and Diet Coke tasted great! I did not try a veg burger. 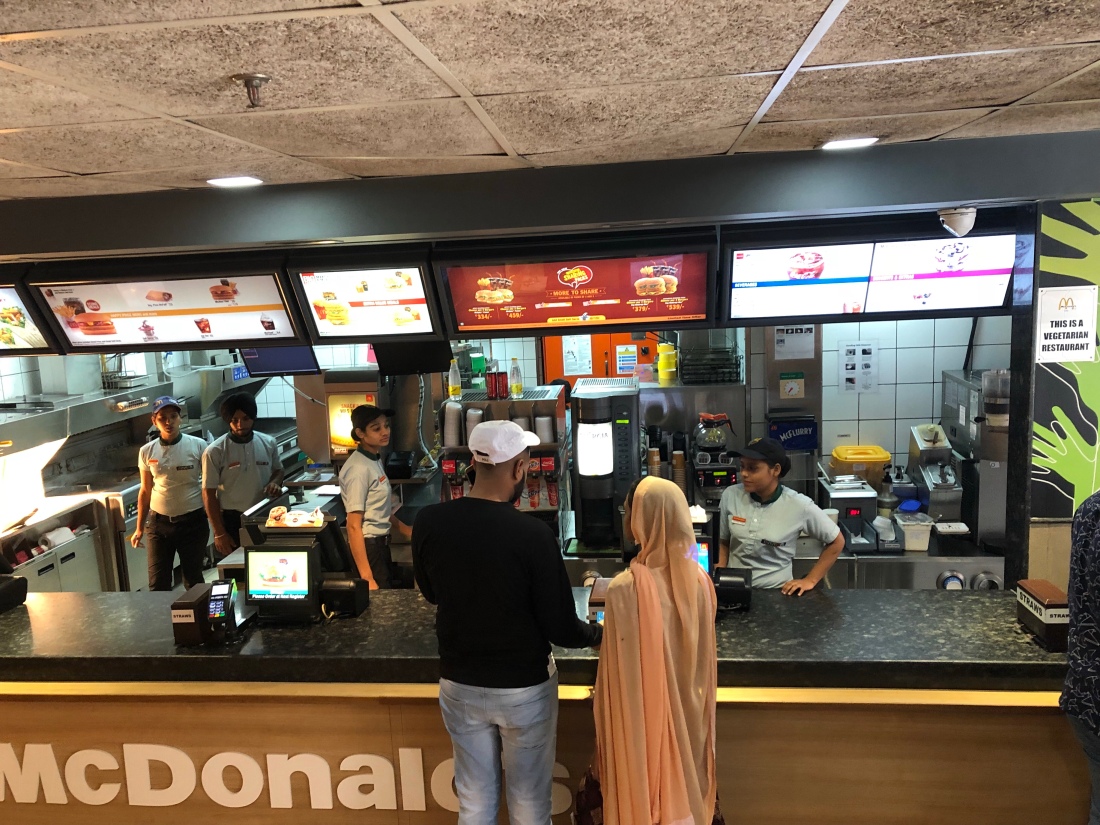 One thought on “Jallianwala Bagh, The Golden Temple in the Daytime and McDonalds!”